You are here: Home / Dog blog / How to Communicate with Dog Body Language

Most dog owners occasionally ask themselves, “I can’t understand my dog, what is he doing?”  Whether through body language or various vocalizations, dogs have a unique way of communicating with other dogs, animals, and humans.

Because dogs are instinctively packed animals, they relate to another’s presence, animal or human, in terms of their own dominance or submission to it. Consequently, most of a dog’s communication displays can be read as either a show of dominance or of submission.

When a dog communicates through body language, he’s most likely using his ears, eyes and eyebrows, mouth or tail. Although some dogs, like beagles with drop ears, can’t use their ears to communicate, most can and do. A dog’s ear position can tell you how alert the dog is. The more forward and erect a dog’s ears are, the more attentive, concentrating and dominant he is in the situation.

Eye and brow expressions of a dog generally indicate the same emotions as they do with humans. While raised brows indicate confusion or irritation, narrowed eyes reveal a dog’s anger.

Of all the facial means of dog communication, a dog’s mouth is perhaps the most complex in that it must be read in the context of the rest of the dog’s body language. While relaxed panting can mean a dog is tired or ready to play, a snarled lip with exposed teeth can be a form of aggression or play, depending on the rest of the dog’s stance.

Hands down, one of the most recognizable signals of a dog’s body language is tail wagging. Long, fast wags indicate that a dog is happy. If the dog wags so hard that his hips move as well, then he is also displaying a degree of submission.

However, a dog’s communication through his tail movements can be more complex: slight, slow wags reveal that a dog is unsure of the situation and feels uncomfortable. Even the level at which the dog holds his tail when it’s not being wagged is a mode of communication. The higher the dog holds his tail, including a tail that curls over his back, the more dominant and secure the dog feels.

A dog’s barking, growling, and howling are modes of communication. Each of these vocalizations is complex because it can be used in a variety of situations and, therefore, can be interpreted in different ways.

A dog barks if he feels an intrusion into his territory if he wants to identify himself, if he hears or sees something unexpected or if he’s playing. Feelings associated with a dog’s bark can range from sadness to anxiety to happiness.

The length and pitch of the bark are indicators of the dog’s emotion: quick, medium-pitched barks usually mean a dog feels playful, while longer, constant, high-pitched barks reveal a dog’s distress and anxiety.

Growling can be either playful or aggressive. Although louder growls that don’t display teeth are playful, incessant, low-pitched growling is meant to be a menacing show of dominance.

Like barking and growling, howling can communicate either one of two opposite messages. A dog is either calling out for someone or something or urging others to keep away. Loud, jarring noises can trigger a dog’s howling. Again, the context is the key to understanding what a dog’s vocal communications mean.

People lack an appropriate canine vocabulary, so developing a good relationship with your dog depends on your ability to interpret your dog’s needs and moods from his body language.

Of course, just like humans, individual dogs have their own personality traits. To get you started, the lists below contain general canine body language signals and the behaviors to expect with them.

Signs of Illness in Dogs

One of the things your dog might communicate to you is the illness. Your dog may be telling you he isn’t well with one of the following signs: fainting, facial twitching, shaking, or being lethargic. If your dog does become ill and a course of medication is prescribed, complying with the vet’s orders is easier with flavored liquid medication than with pills.

These are signs that all is not well with Fido:

These canine body language signals indicate that your dog is concentrating:

If you see these signs, something is bothering Rover:

These are signs that natural hunting instincts are kicking in:

Signs of Curiosity, Eagerness or Excitement

You’ve probably noticed some of these signs when Sparky’s excited to see you when you come home from work:

These are indications that Chief is the boss:

When your dog is nervous or frightened, you’ll see this body language:

Your dog might be preparing to cut and run when he shows these body language signs:

Some canine body language is a direct result of his hunting instincts: 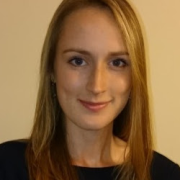